Rights of withdrawal and of preemption, concepts you should understand 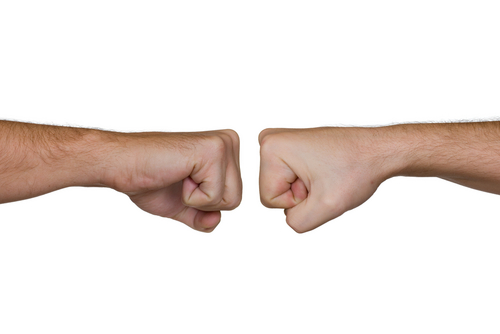 In co-ownership, the rights of withdrawal and of preemption may disrupt the course of a real estate transaction. In my practice, I had to intervene a number of times before proceeding with a sale, often to the astonishment (and sometimes displeasure!) of the parties, to safeguard their rights.

Article 1022 of the Civil Code of Québec grants a right of withdrawal to co-owners in an undivided co-ownership. Under this article, an undivided co-owner may redeem the undivided share of an immovable another undivided co-owner has sold to a third party (an outsider to the indivision). In such cases, the undivided co-owners have sixty (60) days from their knowledge of the transaction (usually a sale) to proceed to the redemption of such share by reimbursing to the third party acquirer the acquisition price and the associated transaction costs (real estate broker, notary, etc.). However, this right has a time limit, i.e. it can only be exercised within one year from the date of the transaction. Be aware that the buyer cannot oppose it, which can of course have disastrous consequences! Imagine buying an undivided condo and finding yourself on the street a few months later. However do not panic, as in practice, this is a rare occurrence, as notaries have the duty, in the transaction, to carry out the necessary appropriate verifications.

When an indivision agreement is published on an immovable, it will most likely include a clause of waiver to the right of withdrawal and provide that this right is replaced by a right of preemption (also known as “Right of first refusal”). This right requires an undivided co-owner who wishes to sell his share to first offer it to the other undivided co-owners, save in exceptional cases (such as when an undivided co-owner sells his share or a portion thereof to his spouse ).

It is important to note that the law provides that the right of withdrawal and of preemption cannot coexist. Indeed, the presence of a right of preemption automatically entails a tacit renunciation of the right of withdrawal. Some indivision agreements may also contain a right to purchase upon the death of an undivided co-owner. In the presence of such a clause, a professional should be consulted in order to understand the rights and obligations arising therefrom.

What about divided co-ownership into all of this?

Notwithstanding the above, it is not uncommon to find such a clause in small co-ownerships, in which case it could be justified by the destination of such an immovable, where, without limitation, co-owners' co-operation is essential to the proper operation of the syndicate and where the goal of preserving a convivial atmosphere could thus justify in certain respects restrictions on the right to freely dispose of a fraction, such as a right of preemption.

What to do when one wants to sell?

As for the right of preemption, the clause should be read carefully, with the help of a professional, as needed, in order to fully understand it and to send the required documents to the other undivided co-owners. They shall acknowledge receipt and documentary evidence should be obtained in the event they have decided not to avail themselves of their right to acquire.

If the notary, during his title examination, notices such a clause, he does not have to give an opinion upon its appropriateness in the circumstances, but must raise its existence and explain its consequences, since non- compliance with the clause may result in a claim for damages from injured parties. In the ever-increasing pace of transactions, it becomes important for the vendor to verify everything at once, in order to avoid that the notary, at the end of the process, needs to communicate directly with all the undivided co-owners in order to obtain and cause to be signed any document required which may entail additional delays to closing the transaction.