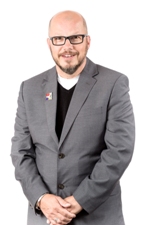 Working for Public Works and Government Services Canada (PWGSC) from 1981 to 1998 as a property manager and project technologist, Réjean Touchette carried out more than 1,800 construction projects dealing with the various technical aspects of buildings (architecture, engineering civil engineering, mechanics and electricity).

Concurrently, in August 1992, he co-founded, with partners, a company to draft the plans of numerous construction projects. In 2006, the company became  Cossette et Touchette and the group specializes in drafting asset management plans, property status and contingency funds reports.

During his tenure in the civil service, he is responsible for assessing the state of repairs of the various components of the installations, drafting building status reports, drawing up investment plans, preliminary design studies, work implementation and also budget control, scheduling, work quality and safety of workers and occupants of the facilities involved in the work.

From 1998 to 2006, he accepted the position of Chief Senior agent  responsible for technical services and property management at the Canadian Space Agency's John H. Chapman Space Center. He implemented a real estate project development process, a health and safety plan for construction projects, and a real estate management strategy based on the environment. This plan, known as «Green Spaces”, has been published in several journals, including “la maîtrise de l’énergie de l’Association québecoise pour la maîtrise de l’énergie “and the journal “le Technologue ”.

A member of the “Ordre des technologues professionnels du Québec” since 1993, Réjean Touchette became a director at the Bureau of his professional order in 1998. In 2000, he became vice-president of administrative affairs. As part of his activities, he participated in the reform of the collegiate program in technology of architecture and presented a memorandum in February 2003 to the Standing Committee of the Institutions of the National Assembly concerning the application of article 5.1 of the Architects Act.

In 2000, he became the Quebec delegate to the Canadian Council of Technicians and Technologists and sat on the Standing Finance Committee. In 2001, he was elected vice-president of the federation and became its president from 2003 to 2005.

Along with his work in the public service, Mr. Touchette founded, in August 1992, with partners, Cossette Touchette reg. From 1992 to 2003, he drafted plans for many construction projects, particularly in the field of residential and institutional restoration. More than 70 projects were completed, including the construction of an ambulance station, a concrete manufacturing plant, a local Emploi-Quebec Center, a branch of the Société des alcools and several prestigious homes.

In 2005, Réjean Touchette received an Honorary Life Membership of the Applied Science Technologists and Technicians of British Columbia in recognition of his leadership in advancing careers in the area of technology in British Columbia and Canada.

From 2003 to 2008, he is a speaker at the annual meetings of various Canadian technology groups. In June 2006, he was the guest speaker at the American Society of Certified Engineering Technicians in Philadelphia.

In 2008, he participated in a working group with the “Office des personnes handicapées du Québec”. The purpose of this group is to adapt the practice of professionals in the field of planning and engineering to the needs and rights of persons with disabilities.

In 2009, he received the Medal of Merit of the “Conseil interprofessionnel du Québec” for his involvement in the advancement of his professional order and the Québec professional system.