30772 Members
Ask your question without charge 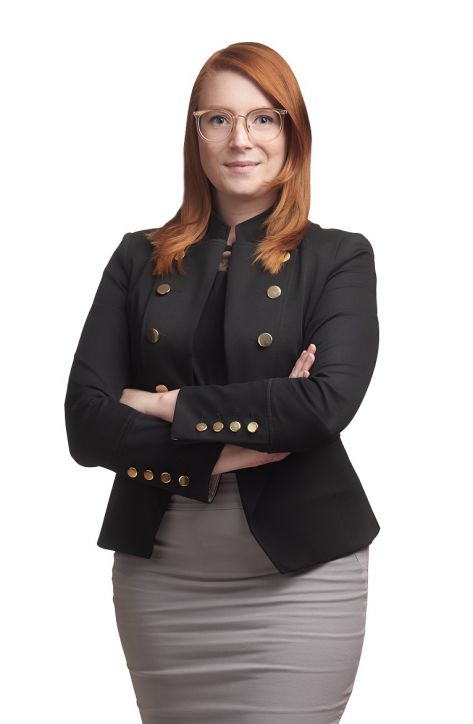 Her files deal with civil and commercial litigation where she represents homeowners, businesses and individuals in the areas of rental law, real estate law and civil liability.

Marie-Lou is a rigorous, accessible lawyer who listens to her clients and places the quality of customer service at the heart of her priorities.

HOW TO ENFORCE THE DECLARATION OF CO-OWNERSHIP 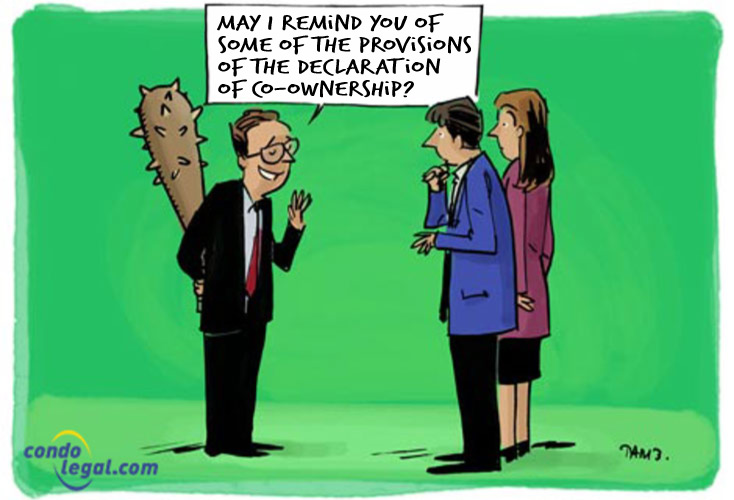 The co-owners who do not respect the By-laws of the immovable (Declaration of Co-Ownership) are plentiful. Their offences may include nighttime disturbances (abnormal neighbourhood disturbance), noisy animals or non-compliance with parking regulations. Such behaviour can cause serious prejudice to certain co-owners or to the syndicate.

In such a situation, it is up to the Board of Directors to act, by enforcing the regulations set out in the Declaration of Co-Ownership. As soon as a breach is noted or brought to its attention, the Board of Directors must intervene to put an end to delinquent behaviour. The co-owners concerned should therefore not hesitate to turn to their syndicate, in this case the directors, for the implementation of various measures aimed at sanctioning any person at fault.

If the directors have not personally observed the alleged acts, they will have to rely on the good faith and seriousness of a complainant. The latter will therefore have to cooperate, since the burden of proof rests on the person who wants to establish a fact or a right as laid out in Article 2803 of the Civil Code of Québec. It is up to the plaintiff (the person who instituted the action) to prove that their version of the facts is the truth according to the criterion of the balance of evidence or the balance of probabilities. To do so, a fact or event must be reported by the person who personally witnessed it (testimonial evidence), recounting what they saw or heard (Article 2843 of the Civil Code of Québec) with the greatest possible acuity. Asserting that a neighbour is noisy may not be enough. In this specific case, to be successful, it is  necessary to specify the period, duration and nature of the noise heard (e.g.: walking with heels on the floor, shouting, karaoke in one's apartment, listening to music that is too loud or playing a musical instrument). In the end, this burden becomes discharged when the evidence presented is credible and sufficiently convincing, making the existence of a fact more probable than its existence (Article 2804 of the Civil Code of Québec). On the other hand, the defendant (the person being sued) has the right to present arguments to defend themselves and give their version of the facts.

In addition, if the incident occurs repeatedly, it is recommended that the nature of the incident be documented and the time at which it occurs be noted. This way, the testimony given will be both accurate and detailed. In certain situations, a bailiff's ascertainment will provide additional evidence that could be very useful. That said, regardless of the method chosen to enforce the Declaration of Co-Ownership, do not hesitate to retain the services of a lawyer in co-ownership law. A lawyer experienced in this field of practice will serve as a knowledgeable consultant.

How to Enforce the Declaration of Co-Ownership

There are many ways to enforce the Declaration of Co-ownership. First, the directors must remind the individuals concerned of their obligations in this matter. Every co-owner is bound by this declaration, by virtue of Article 1062 of the Civil Code of Québec. Therefore, they cannot claim to be unaware of its content, under the pretext that they have not read it. Should this reminder not produce the expected results, a syndicate could impose a fine for each day of infraction, provided that a penal clause has been included in the Declaration of Co-Ownership. Otherwise, it will be necessary to resort to private dispute prevention and resolution. In fact, several declarations of co-ownership have provided for mediation, in order to settle a dispute between the parties involved. This approach is much less expensive than going to court. In addition, the delay for attempting to resolve the dispute will be significantly shortened.

If this approach is still not successful, the syndicate will then have to apply for an injunction, which is the ultimate weapon, to make a recalcitrant person comply with doing or stopping something. Of course, this request for injunction will have to be justified, subject to certain rules of evidence.

In conclusion, any syndicate of co-owners must enforce the Declaration of Co-Ownership in its entirety, as failure to do so risks creating a climate of anarchy in a building. Worse still, it could result in a loss of control over the actions of a community of co-owners. This could have a major impact on the resale value of the units in your building. 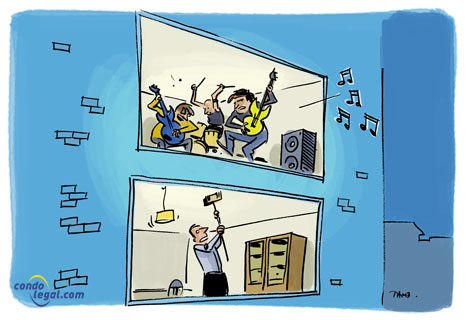