The presence of a Board of Directors is mandatory in a co-ownership. It is the executive body of the syndicate and its legal representative. Its members act as the mandataries of the syndicate. When a co-ownership is newly constituted, the declaration of co-ownership generally provides for the appointment of a interim director, who exercises the functions of the Board of Directors until the Meeting of co-owners appoints a new board of directors. This transitional period is generally delicate because of the necessarily numerous and complex problems relating to defects in workmanship, latent defects and construction defects. And this is not to mention that the transitional administrator set up by the developer may have a negative role: protect the developer and transfer to the co-ownership of charges incumbent in principle on the developer.  Its appointment Usually, it is the developer who designates him, in accordance with a provision in the declaration of co-ownership (By-laws of the Immovable). Often he appoints one of his  representatives to act as the interim director of the syndicate.
View more
Types of meetings 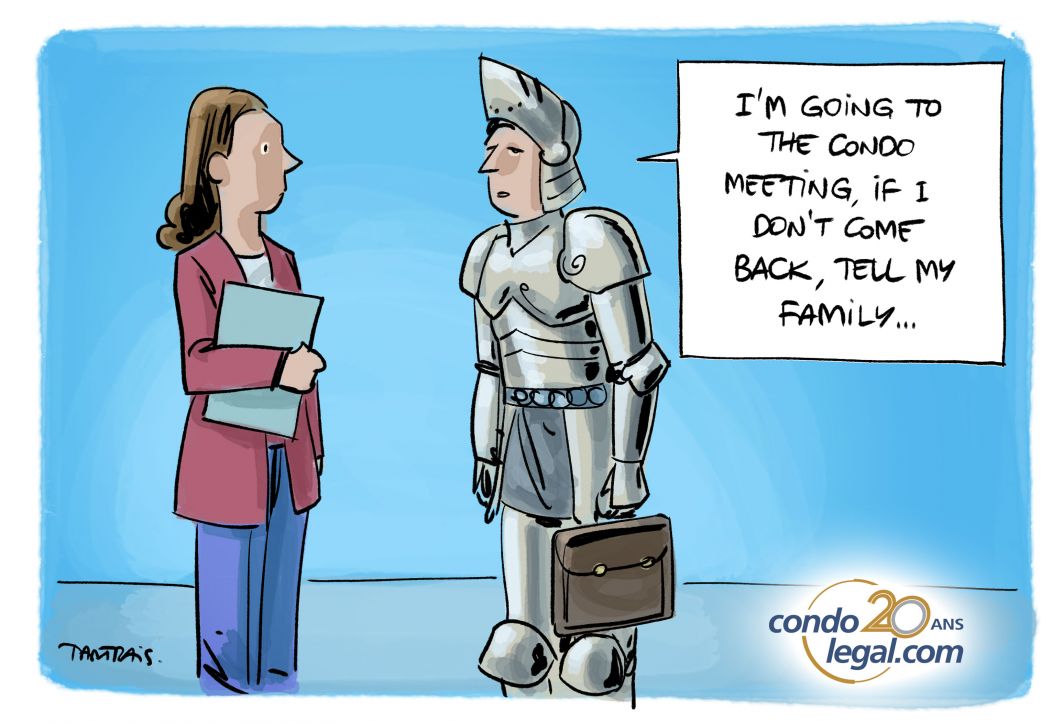 Whatever the type of building they have chosen, all co-owners, without exception, are called upon to participate in meetings of co-owners. Thus they can vote on the questions on the agenda, and take various decisions necessary for the sound operation of the co-ownership. The co-owners are called upon to meet periodically for questions dealing with current administration, maintenance and operation of the syndicate, and sometimes exceptionally for specific questions required by the circumstances. This factsheet is an overview of the various types of Meetings that may be held in a co-ownership.
View more
The director designated by the developer did not renders account of its administration

As a result of the loss of control of the developer, we have just held the first meeting of co-owners to replace the director who had been appointed by the developer and elect a new board of directors.  However, this director has not reported on his administration since the publication of the declaration of co-ownership!  Even worse, we don't know what he did with the condo fees he collected. Question: What rights do we have against it?
Login / Register to read this article
By continuing your navigation, you accept the use of cookies to have services and offers tailored to your interests. To learn more, click here.'