Representative appointed by the syndicate of co-owners whose mandate generally, when the amount of damage is less than the deductible, is to proceed:

He must hold a certificate of expertise in claims settlement issued by the Autorité des marchés financiers and be a member of the Chambre de l'assurance de dommages. 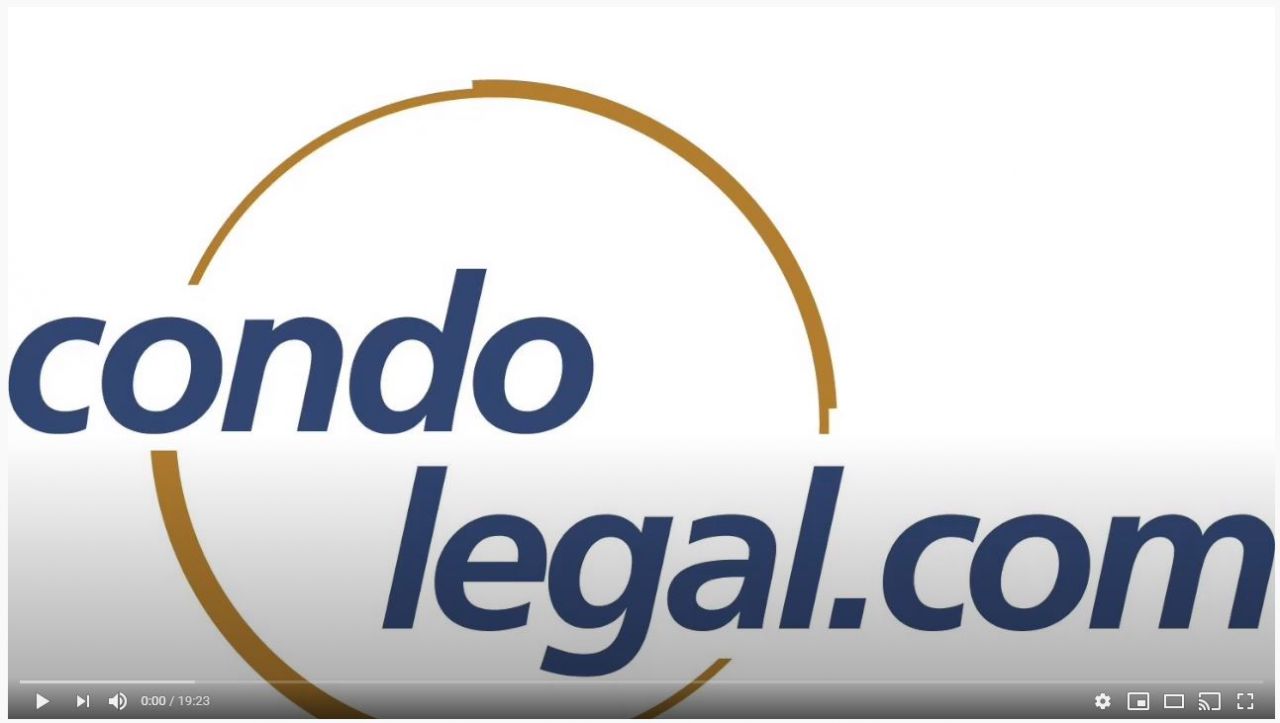 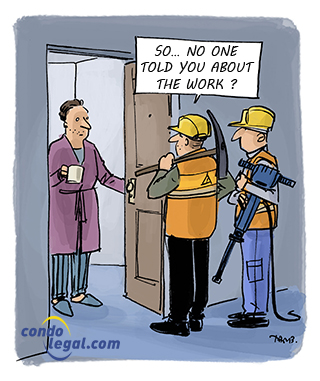 After a water damage, the ultimate goal of the syndicate and its co-owners: to find themselves in the same situation as they were in before the disaster took place. Due to its legal structure, the rehabilitation of common and private portions can be particularly complex in a divided co-ownership. Therefore, it should be taken care of by a qualified entrepreneur in the field. Situations vary from claim to claim, depending on the parts of the building affected, the extent of the damage and the source of the water, which may be clean or contaminated. This stage usually consists of four phases: 1) Emergency work, 2) Damage assessment 3) Compensation 4) Rehabilitation work.
View more
What to do in case of water damage?
When water damage comes from the common or private portions, any syndicate of co-owners must take the appropriate urgent measures. It will be necessary to dry up the source of the damage, as much as possible, and then move on to the other most pressing steps. The claim must be reported immediately to the insurance companies, namely those of the syndicate and the co-owners concerned. And once the claim adjuster have completed their work, it is important to hire a contractor to make the necessary repairs.
View more
Fonds d’auto assurance: montant additionnel raisonnable 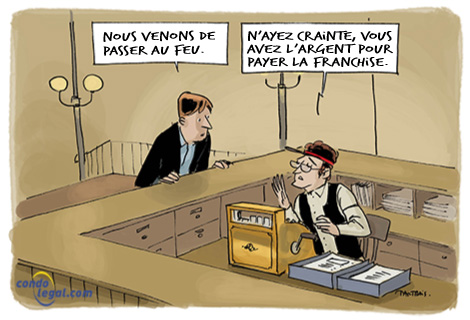 Your co-ownership is exposed to various risks, as an example, fires, water damages, theft and acts of vandalism, which are required to be insured against. When a loss occurs, the insurance of a co-ownership covers the building as well as the general liability of the syndicate of co-owners. For the syndicate, subscribing to this type of insurance is mandatory. The law and most Acts of co‑ownership require it. The insurance contract specifies the coverages offered, as well coverage limits and exclusions, in addition to the deductible amounts.
View more
Co-ownership claims adjuster
In the event of a claim, the insured, whether a co-owner or a syndicate of co-owners, must declare its occurrence to his insurer. The latter will generally appoint a claims adjuster who will guide him through the steps of the claim. The claims adjuster may also be mandated by syndicates of co-owners. This reality is even more true because of the importance of the insurance deductibles, sometimes unreasonable, that they have to bear, leaving them with all the responsibility of managing the loss. Investigating the circumstances of a disaster, assessing the damage caused by a claim and negotiating a settlement are the three key functions of this certified professional.
View more
Water leak detection system 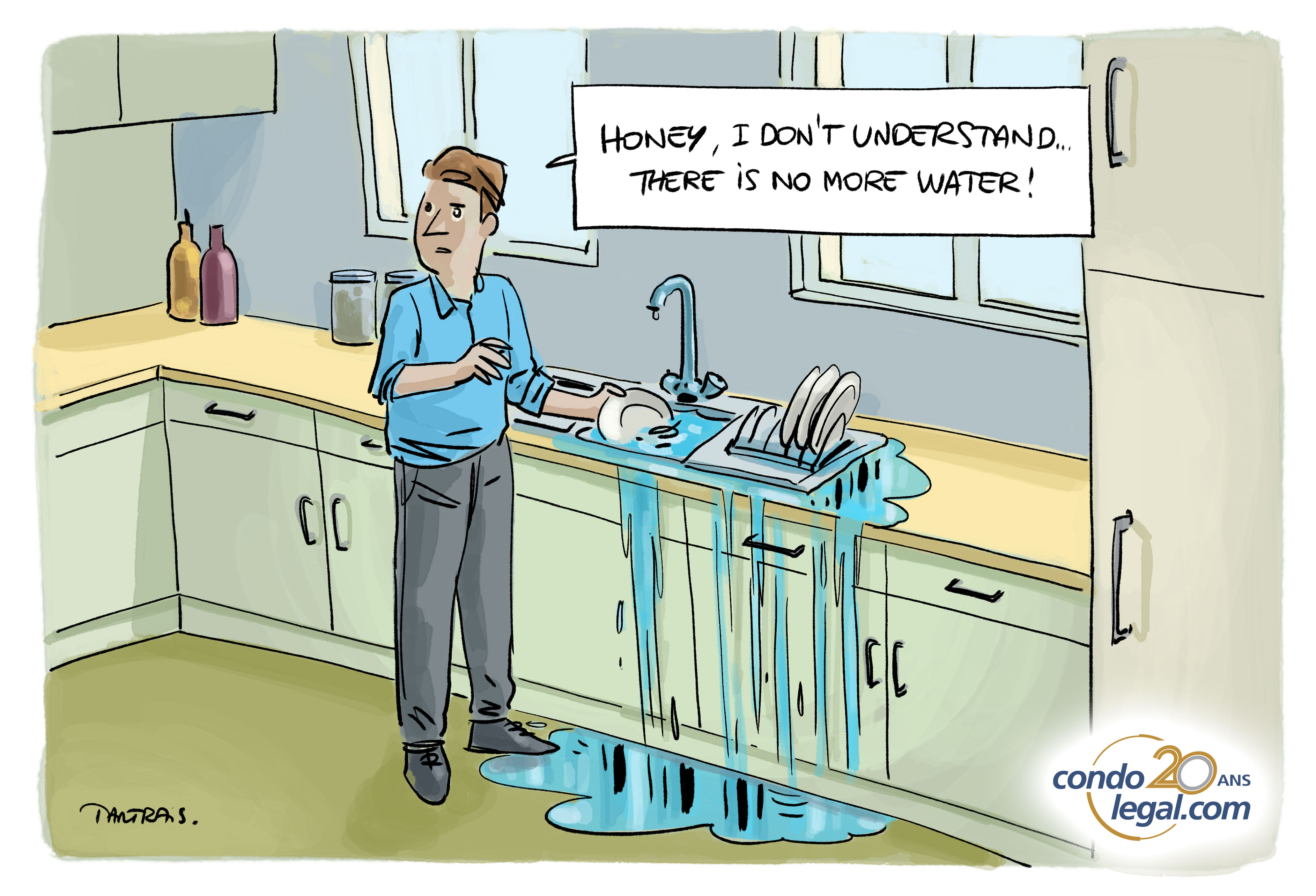 Water damage is the leading cause of loss in co-ownership. They are also becoming more and more expensive, whether for syndicates or their insurers. And this is not surprising since the potential causes of loss are numerous. Over the past decade, the proportion of water damage has more than doubled in co-ownership.  In order to limit the extent of damage caused by water leaks, water leak detection systems have been created to detect any abnormal amount of water on the floor. This type of system also ensures the automatic closing of the main water inlet of the apartment. The objective is to be able to stop the source of water supply as soon as a leak is found.
View more
By continuing your navigation, you accept the use of cookies to have services and offers tailored to your interests. To learn more, click here.'