36735 Members
Ask your question without charge 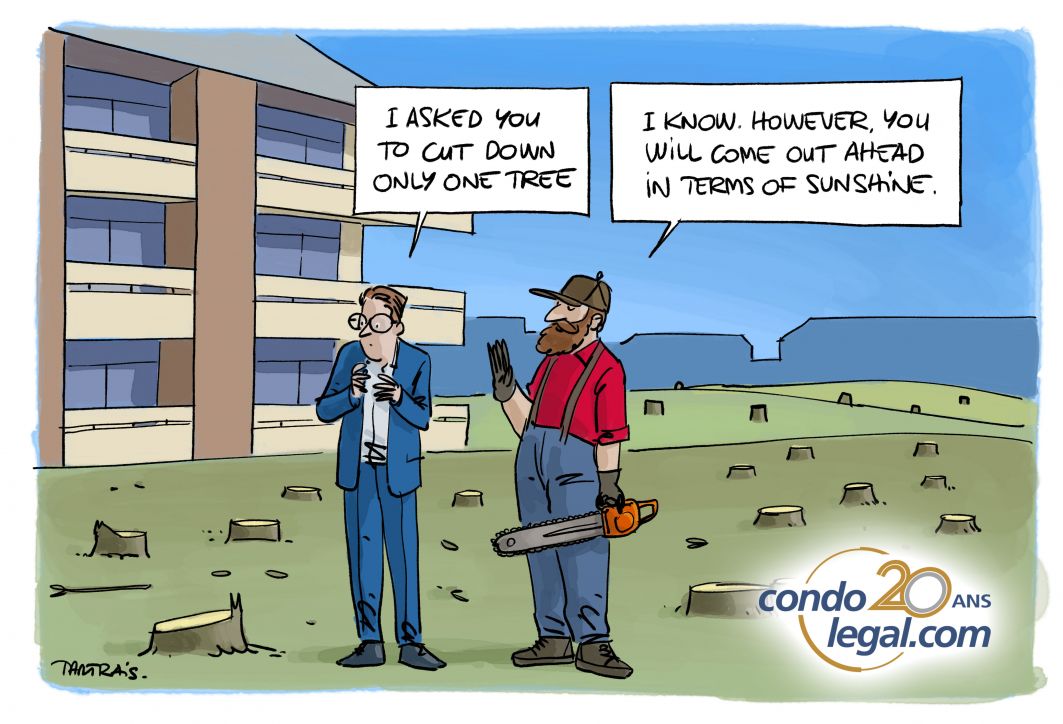 Question: The syndicate's board of directors made the decision to cut down a tree at the entrance of the property. It was a very old apple tree. It was unpleasant for many people to know that we were constantly walking in the debris of cheekbones that fell on the ground, on the sidewalk or in the parking lot. Finally these apples ended up making a fermentation (very unpleasant smell). Now a co-owner is reproaching for not having voted on this decision at the meeting of co-owners. Is he right?
Login / Register to read this article
Webradio du 2 décembre 2020: Les travaux en copropriété
Les travaux à faire dans une copropriété peuvent être décidé par le conseil d'administration, alors que d'autres nécessitent un vote par l'assemblée des copropriétaires.
View more
Works for the alteration, enlargement or improvement of the common portions 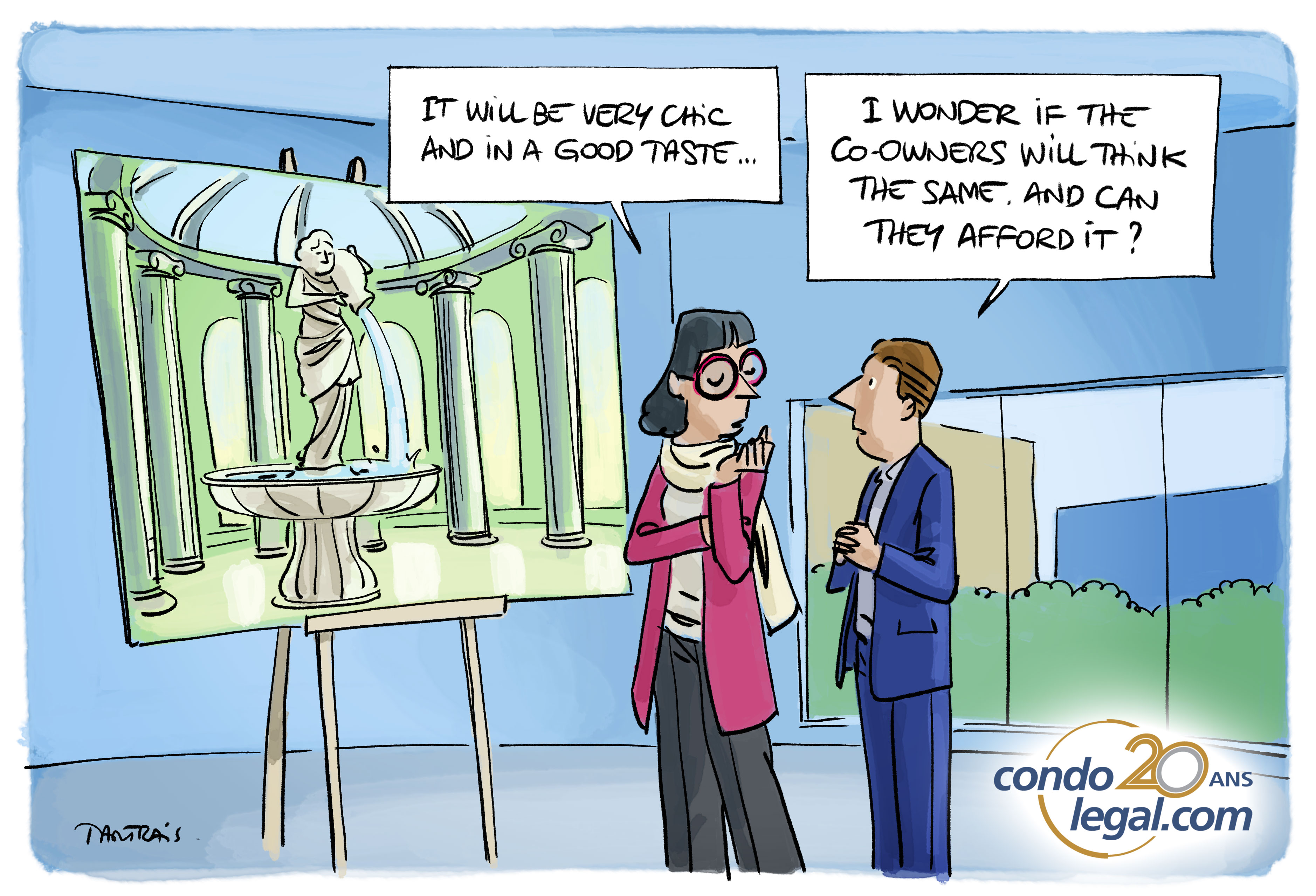 Works for the alteration, enlargement or improvement of the common portions are subject to a special regime. On the one hand, such work must be the subject of a formal authorization from the meeting of co-owners, by  the enhanced majority of article 1097 of the Civil Code of Quebec. On the other hand, this kind of work must be compatible with the destination of the immovable and not infringe the rights of the co-owners over their private portions. This strict framework is directly derived from the legal conception of divided co-ownership, namely: the building must, in principle, be maintained as it is. This is why, for work that goes beyond the simple maintenance or retrofitting to standards of the common portions of the building, it will require the approval of the meeting of co-owners.
View more
Work in common portions for restricted use As in common portions, work can be carried out in common portions for restricted use, such as building a terrace upon which a co-owner would have exclusive use or transforming a balcony into an additional room attached to an apartment. If such cases, the co-owners must keep in mind that article 1063 of the Civil Code of Québec governs the use they can make of the common portions for restricted use. This article stipulates that: "Each co-owner has the disposal of his fraction; he has free use and enjoyment of his private portion and the common portions, provided he complies with the by-laws of the immovable and does not impair the rights of the other co-owners or the destination of the immovable. "
View more
Who should decide of the work to be carried out?

The work  to be done in the common portions is subject to rules of which it is useful to know all the ins and outs. The syndicate of co-owners acts in this matter through its two bodies, the board of directors and the meeting of the co-owners. It is up to the board of directors to analyze the scope and budget of the work, and to organize, when required by law, a meeting of co-owners (annual meeting or special meeting.) which will aim to vote by majority the final decision. The majorities to be obtained in a vote will not necessarily be the same, depending on the type of work.
View more
Powers of the Meeting of the co-owners 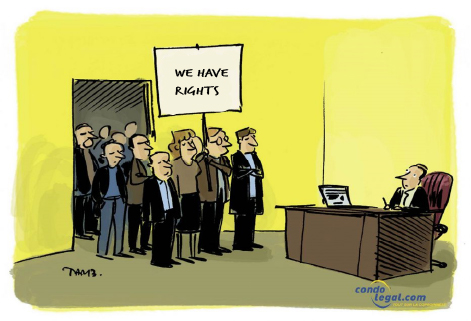