Renting in divided co-ownership: its limits 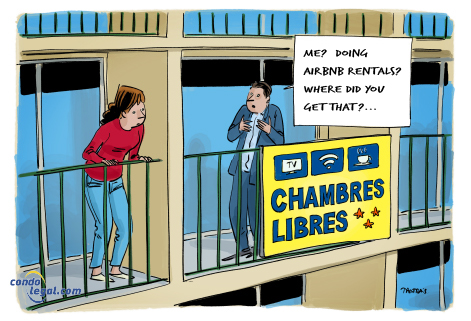 destination of the immovable A trend towards the rental of units held in divided co-ownership has manifested itself in recent years in large urban centres as well as resort centres. Although renting a property is a recognized right for a co-owner, he must know the rules applicable in this matter. The law and the declaration of co-ownership list the obligations to which tenants and co-owners-lessors commit themselves when they sign a lease, such as compliance with the by-laws of the immovable. Some of these obligations can cause the resiliation of the lease if they are not respected!
View more
Relative value of a fraction
Divided co-ownership is a housing formula that usually has more than one owner.  In order to assess and quantify the interest of each person in the building, the legislator has provided that the right of ownership of each owner in the common portions is proportional to the relative value of his fraction.  To determine the relative  value of a unit, it must be compared with the value of all the other units of the co-ownership.  The relative value is calculated and usually expressed as a percentage or thousandths.  Its distribution is recorded in the declaration of co-ownership, (the  constituting act of the co-ownership). Finally, it should be noted that the relative value determines the voting power in the meeting of co-owners and serves in particular as a basis for calculation in the distribution of the co-owners of the common expenses.
View more
By continuing your navigation, you accept the use of cookies to have services and offers tailored to your interests. To learn more, click here.'