Voting method (non-decision-making) used at a meeting of co-owners. Its purpose is to enable the board of directors to know the opinion of the co-owners on the provisional budget or certain contracts which are within its decision-making competence. The board of directors may derogate from it if he considers that he has reasons justifying a decision contrary to the opinion given by the meeting, such as the conservation of the immovable. 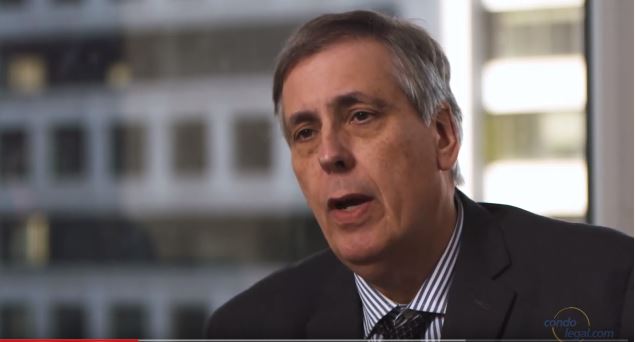 At our last Annual General Meeting, the Board of Directors presented the estimated budget for the coming year. This budget provided for a substantial increase of the common expenses, as significant work was to be carried out during the year to upgrade the elevator. Many co-owners did not agree with this decision, but the budget was passed anyway! I really had the impression that during this meeting, the will of a majority of co-owners was not taken into consideration. Question: What is the power of the co-owners meeting with respect to the vote on the budget? Can it vote against an increase in common charges?
Login / Register to read this article
Forecast annual budget

Preparing a forecast annual budget is an unavoidable task in co ownership. Its preparation, preliminary examination and adoption will ensure the proper functioning of the syndicate of co-owners. It is up to the Board of Directors to define its terms, in view of the expenses that will have to be paid to allow a syndicate to meet its obligations. The budget also makes it possible to fix the amount of the contributions of each co-owner to the expenses of the co-ownership. It will be prepared by the Board of Directors or property manager, based on the amounts spent in preceding financial periods, as well as anticipated non-recurring expenses. The preparation of the budget forecast requires time and rigor.
View more
FINANCING THE WORK 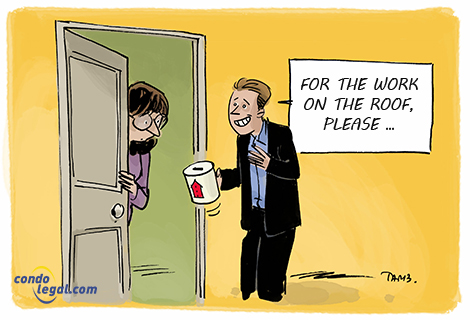 Co-ownership work is of the utmost importance. Yet, they are more often than not overlooked by the syndicates of co-owners. Work that needs to be done in common portions can be minor or major in scope. Yet one needs money to pay for them. Good financial planning is therefore advisable in the medium and long term, so that the community of co-owners can adequately protect its real estate investment. Replacing windows, the roof or rehabilitating the underground parking slabs, to name just a few examples, is usually very expensive. Three options are available to the syndicate to pay for this work:
View more
Common expenses 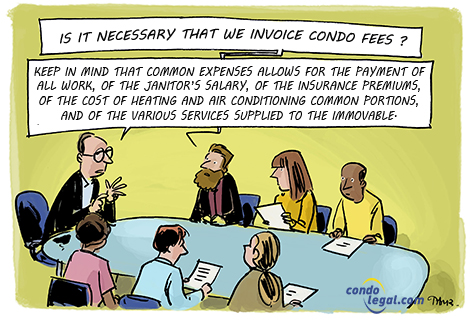 Before buying the apartment of your dreams, find out about the status of the common expenses associated with it, especially those that may have remained unpaid by the seller. Common expenses, better known as " condo fees", which you will have to pay once you become a homeowner, are an essential component to consider. They correspond to the current expenses that you will have to pay regularly for the operation, the administration of the co-ownership and the maintenance of the common portions. Each co-owner participates and generally pays them at the beginning of each month.
View more
By continuing your navigation, you accept the use of cookies to have services and offers tailored to your interests. To learn more, click here.'