34367 Members
Ask your question without charge 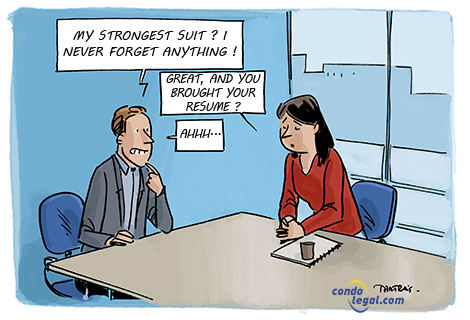 A syndicate of co-owners can sometimes evolve into a small and medium size enterprise, an SME. Even more so if it assigns personnel to the various common portions maintenance chores of the immovable. Yet, people hired by a syndicate have rights. In fact, their prerogatives are the same as those in force in the labor market. It is better to be aware of them and to understand the consequences.

In addition, the management of personnel within a co-ownership is the responsibility of the board of directors, whether it is the concierge, the security guard, the salaried manager or any other building employee. He is in charge of hiring and dismissal but also of training. He must ensure that the work done by the employees corresponds to the situation of the building knowing that the attributions can evolve over time.

Before hiring, the directors should, with the assistance of a lawyer, arrange for drafting a contract of employment. When retaining the services of an individual, such as a janitor or security guard, this document will safeguard the rights of both the employer and the employee. The latter will know exactly what to expect, particularly as to his tasks, the schedules and the salary. Likewise for the syndicate, especially if the relationship turns sour.

The law imposes several obligations upon a syndicate-employer. It must not only ensure the performance of the tasks agreed upon and pay the agreed upon remuneration, it is also required to take appropriate measures to preserve the health, safety and dignity of its employees. These obligations are spelled out in several laws complementing those provided for in the Civil Code of Québec, and in the Act Respecting Labor Standards. In addition, the syndicate must comply with the minimum wage legislation, allow employees weekly rest periods and remunerate them on statutory holidays and vacations. It must also limit the work week to 40 hours, otherwise overtime must be paid at the rate of time and a half. The Act Respecting Labor Standards also provides remedies against abuse, such as the dismissal of an employee who has completed two years of service “without good and sufficient cause” or the termination of employment without adequate prior notice. In addition, a victim of psychological harassment can file a complaint with the “Commission des normes, de l’équité, de la santé et de la sécurité au travail” (Commission for Standards, Equity, Health and Safety at Work) (CNESST).

A syndicate-employer is liable for taxes: it must make deductions at source from the wages and remit those amounts to the Canada Revenue Agency and Revenu Québec. In addition, it is required to contribute to Employment Insurance, the Québec Pension Plan (QPP) and the CNESST. It is also subject to the Act respecting industrial accidents and occupational diseases. Beware of syndicates that partake in moonlighting; they are exposed to fines. In many cases, inspectors become aware of this type of illegal practice through whistleblowing. Some co-ownerships moonlight, either on account of ignorance of the law or to save money, yet this is never recommended. If caught, the defaulting syndicate will have to pay the various outstanding employer contributions and statutory deductions, plus interests and sometimes heavy fines.

Providing an apartment to the janitor is fraught with good intentions, but is a potential minefield. In the event of a dismissal, the janitor in place cannot be immediately evicted from his apartment. The law allows him to remain therein for a minimum of one month after his dismissal, unless the contract signed beforehand provides otherwise. Nevertheless, providing janitor’s accommodations can cause a stir in a co-ownership. For this reason, it is better to prevent problems by preparing, before hiring, a well drafted employment contract.

More often than not, the directors of a syndicate are not very familiar with human resources management, including the gradation of sanctions principle, such as when tasks are not done or the work is substandard, and in cases of bad workplace attitude. Yet, in the event of a complaint, the syndicate will be treated like any other employer and will have to demonstrate that it acted in compliance with the applicable labor rules.

WHAT YOU SHOULD KNOW! Even when Board members are paid to act as directors, they are not considered to be "employees" of the syndicate because there is no relationship of subordination or control over their work performance. They have the power to self-determine their frame of work.

WHAT YOU SHOULD KEEP IN MIND: Do not confuse the employment contract, characterized by a relationship based on subordination and the syndicate’s control exercised over its employees, and the contract for services in which the service provider retains the choice of the means of execution of the contract and does not have a relationship based on subordination toward the syndicate.

WARNING! Sometimes syndicates of co-owners hire one of the co‑owners, such as for example, to perform various housekeeping chores in the common portions. If so, the syndicate should never pay that employee through a reduction of his common expenses contributions. This practice not only infringes on the common expenses allocation method, but also distorts the amount of the real co-ownership expenses. The janitor of your co-ownership: employee or self-employed?