Calculation of the allocation of expenses between co-owners

As its name suggests, general common expenses are charges that concern the entire building and co-owners. These are expenses incurred for the preservation of the immovable, the maintenance and the administration of the common portions. They are distributed among all the co-owners according to the relative value of their fraction.

In this respect, Article 1064 of the Civil Code of Québec provides that:

"Each co-owner contributes in proportion to the relative value of his fraction to the expenses arising from the co-ownership and from the operation of the immovable, and the contingency fund established pursuant to article 1071. ".

This method of allocation is the rule in the majority of declarations of co-ownership, because the legal provision which prescribes it is of public order of protection.

Unlike general common expenses, particulars common expenses are charges which concern only certain co-owners and which thus relate to certain very specific items of expenditure. The rules, which apply to them, are established according to the distribution of the costs of maintenance and repair of common portions for restricted use. Article 1064 of the  Civil Code of Quebec prescribes that the co-owners who have the use of common portions for restricted use contribute to the expenses related to the maintenance and the ordinary repairs of those portions.

The co-owners contributions to the contingency fund are used to pay for major repairs and the replacement of common portion, whether for restricted use or not. The method of allocation is the same as that for general common expenses, which is to say according to the relative value of each fraction.

However, article 1064 of the Civil Code of Quebec modulates this rule. It states that in order to establish the co-owners' contribution to the contingency fund, the respective co-owners rights to the common portions for restricted use may be taken into account. For example, the declaration of co-ownership could include a provision allowing the allocation, to a co-owner, of the costs associated with the replacement of a terrace for which he has the exclusive use.

Fixing of the contribution to common expenses

In order for the syndicate to carry out its mission and have the necessary funds to cover its current expenses, the budget forecast must be submitted to the co-owners for consultation at a general meeting. The directors then adopt it (by a majority vote) at a meeting of the board of directors. A written resolution signed by all directors is equally valid. Thereafter, the board of directors informs (without delay) each co-owner of the amount to be paid, as well as the date on which the payment is due. This is done by the mean of a notice of assessment, sent by mail or electronically.

These can be established on a monthly, quarterly, biennial or annual basis in some cases. The by-laws of the immovable provide for the method of payment of common expenses. These can be post-dated cheques or direct debits. In addition, it is common for the declaration of co-ownership to state that any partial default of payment on the scheduled date or any refusal to pay a cheque makes the balance of the contribution or debt due.

WHAT YOU SHOULD KNOW!​ The relative value is shown in the constituting act of the co-ownership (first portion of the declaration of co-ownership). It is used to establish the share of the right of ownership (of the co-owners) in the common portions, their contribution to common expenses and the number of votes attached to their private portion.

WHAT TO KEEP IN MIND: The establishment of the budget forecast and the recovery of common expenses are the responsibility of the Board of Directors, which manages the co-ownership’s funds.

WARNING!​ The co-owners must contribute to the contingency fund in accordance with the relative value of their fraction. However, a clause in the declaration of co-ownership could provide that a co-owner who has the exclusive use of a common portion for restricted contributes alone to the cost of major repairs or replacement work resulting therefrom.

Relative value of a fraction 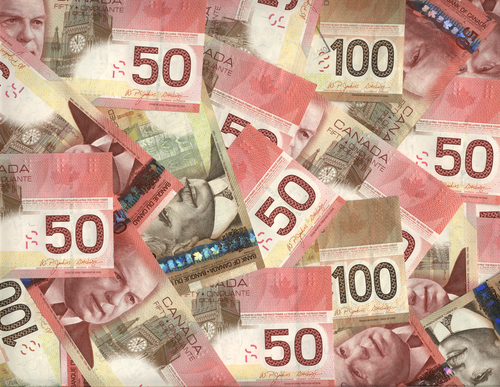