The transfer of the administration marks a breaking point, in that it ends the control by the developer of the destiny of the co-ownership, to make way for a management the object of which is the protection of the rights appurtenant to the immovable or co-ownership. This absolute control take over becomes official upon the election of the new Board of Directors.

Following the developer loss of control, the interim director must convene within 90 days a special general meeting of co-owners to elect a new Board. During this first meeting, the developer must render an account of its administration to the co-owners. In this regard, it must produce financial statements, which must be accompanied with the comments of an accountant on the financial situation of the Syndicate. The accountant must in its report to the co-owners, indicate any irregularities that has come to his attention.

Also, be aware that under article 1105 of the Civil Code of Québec, « The financial statements shall be audited on the application of co-owners representing 40% of the votes of all co-owners. The application may be made at any time, even before the meeting. ».

Ratification of the management by-laws adopted by the interim director

All management by-laws adopted by the interim director must be ratified by the co-owners at the first meeting of co-owners., failing which, they will lapse.

The register of the Co-ownership includes several documents. All must be preserved at all costs by the interim director since at the transfer of powers, he will remit them to the new Board of Directors. It consists, more particularly, of the register of co-owners, the by-laws adopted in the co-ownership, a copy of the cadastral plan and of the immatriculation certificate of the syndicate.

In addition, section 1106.1 was introduced into the Civil Code of Quebec by Bills 141 and 16, in order to require the developer to submit to the new board of directors, within 30 days of the special transitional meeting, in particular the following documents:

The developer must also, within the same period, submit the maintenance log kept for the immovable and the contingency fund study when they become mandatory. It should be noted that the latter is liable for any injury resulting from his failure to provide such documents and information.

Under certain conditions, the new Board of Directors may terminate - without paying any penalty whatsoever - any contract or agreement signed between third parties and the interim director. In this regard, article 1107 of the Civil Code of Quebec states that "The new Board of Directors may, within 60 days after the election, terminate without penalty a contract entered into before the election of the syndicate for maintenance of the immovable or for other services, if the term the contract exceeds one year”.

WHAT YOU SHOULD KNOW ! Following the transfer of the administration, the directors should verify whether the budget for the current year (or «forecast annual budget") established by the developer is realistic. An adjustment will probably be necessary because, more often than not, budget figures announced by a developer are lower than they should be to deal with the actual expenses.

WHAT TO KEEP IN MIND : ​ When a developer no longer has a majority of the votes at the general meeting of the co-ownership, the first Board of Directors elected by the syndicate may terminate certain contracts entered into by the developer. This being said, such an initiative should be the object of a serious and objective analysis, and be implemented only if necessary.

WARNING ! To boost sales of their units, some developers offer condo fees leave to purchasers. These leaves may extend for periods ranging from one to six months or more. In doing so, they could become liable in the event these financial exemptions deprive a syndicate of funds it should have collected to ensure sound management of the immovable. 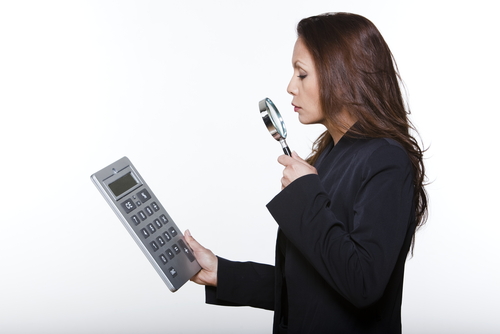 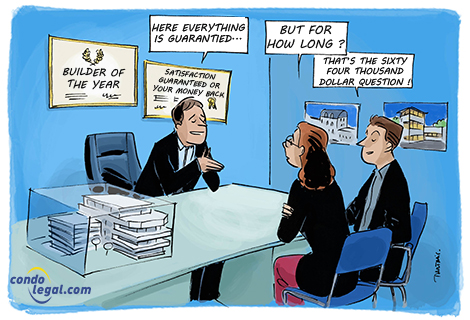