In the same way as any other natural or legal person, a syndicate of co-owners is likely to incur civil liability towards third parties, including co-owners. Responsibility is the counterpart of power: where authority is, there is responsibility. This responsibility can be translated into the financial contribution of the co-owners, since in the event of a judgment condemning the syndicate to pay a sum of money, this judgement will be enforceable against him and each of the persons who were co-owners at the time the cause of action arose, in proportion to the relative value of their fraction.Therefore the law obliges any syndicate of co-owners to take out insurance covering its civil liability towards third parties.

Article 1077 of the Civil Code provides that the syndicate  is answerable  for damages caused to co-owners or  third parties in the occurrence (amongst  others) of problems related to faulty design or construction defects of the immovable, or due to a lack of maintenance of the common portions of the co-ownership. In the latter case, the syndicate is subject to a no-fault liability regime, for it must ensure the preservation of the immovable and maintenance of common areas. Since section 1077 C.c.Q. is public order, it is thereby not possible for a syndicate to evade its responsibility for its negligence in properly monitoring the repairs to be made to a common portion.

The syndicate may, however, be exonerated  from such liability ,if it  can prove that the damage resulted from a fault of the victim, a case of superior force or the act of a third party.  We remind you that in Law, Superior force is an unforeseeable and irresistible event whose effects cannot be prevented, even if all appropriate measures have been implemented.

The syndicate may thus have its civil liability invoked for damage caused by:

In the case of a construction defect in the common portions of the immovable, it is the duty of the syndicate to find and to hold responsible the parties liable for these disorders. A developer may be responsible, as well as the enterprises that have participated in the work and, in some instances, the professionals (such as, an engineer or architect).

The syndicate's civil liability goes far beyond the scope of article 1077 of the Civil Code of Quebec. The syndicate may incur liability like any other natural or legal person. He may be held liable for his failure to comply with the commitments he has entered into (contractual civil liability) or the rules of conduct incumbent on him (extracontractual civil liability). In such circumstances, he is therefore bound to make reparation to the prejudice he has caused to others, whether bodily, material or moral. Damage may be punishable by damages and, in certain circumstances, punitive damages. The syndicate may also be held civilly liable for any misconduct by its employees, such as   the manager, security personnel and janitors of the building. In this regard, article 1463 of the Civil Code of Quebec states: "The principal is bound to make reparation for injury caused by the fault of his agents and servants in the performance of their duties; nevertheless, he retains his remedies against them”. This would be the case, among others, in the event a janitor damages the vehicle of a co-owner.

The operative act and the causal link

In the event of a loss caused by the immovable - contrary the case of the civil liability of the co-ownership - one must prove a specific fault in such matters, a prejudice and a causal link between the fault and the damage, in order to obtain damages against the syndicate.

To protect the syndicate of co-owners, it is mandatory for it to take out an insurance contract covering its liability to third parties.  It represents a guarantee in the event of a loss involving the building (e.g., a poorly cleared and slippery staircase). The same applies to a loss caused by a person employed by the condominium (e.g., a janitor).

WHAT YOU SHOULD KNOW! Generally, when the liability of the syndicate is invoked, the latter generally benefits from the support of its insurer under the civil liability insurance policy that it must subscribe under the law.

WHAT TO KEEP IN MIND: When the   liability of the  syndicate is invoked , the usual rules of liability come into play  , which means  that one   must demonstrate the fault of the syndicate , a  prejudice  and a  causal link between the fault and the resulting  damage .

WARNING!​ Failing taking the necessary measures to enforce the declaration of co-ownership, the syndicate can be held liable. However, it is an obligation of means, not of results. Therefore, if the syndicate has used all reasonable means to prevent a contravention, but with no deterrent effect, it will not theoretically be held liable.

The liability of the syndicate 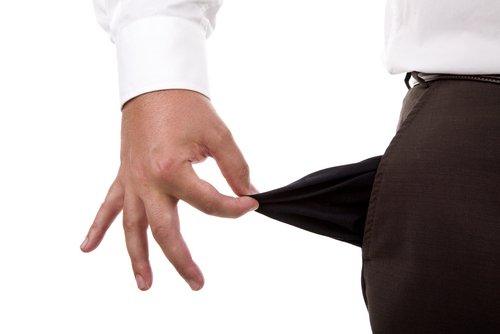 We do not have a contingency fund