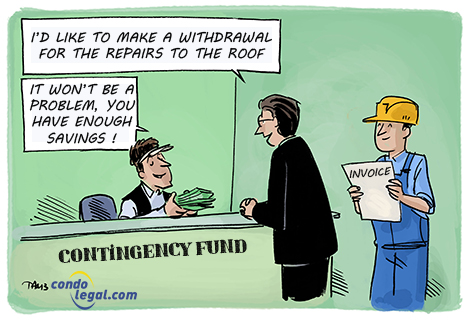 With the coming into force of the Civil Code of Québec in 1994, the Québec legislature introduced the obligation for any syndicate of co-owners to establish a contingency fund " estimated cost of major repairs and the cost of replacement of common portions". This obligation was intended to fill a gap in the previous law. Prior to the enactment of the Civil Code, it was a frequent occurrence for co-ownerships to have a "reserve fund", although the Civil Code of Lower Canada was mute on this issue. Most of the time, this fund was inadequate, due to the low level of contributions paid into it. Moreover, declarations of co-ownership often included a contribution limit (for example$ 50,000), beyond which it was no longer required to contribute the co-owners.

The contingency fund’s purpose is to provide in advance anticipate for the financing of some of the work to be carried out in the common portions of the co-ownership. The amounts that will eventually be needed are accumulated therein, based on the cost estimates and the fuseful life expectancy of the common elements. Long-term planning of the major work to be carried out within a co-ownership, allows large expenses to be paid over time. By collecting funds each month, the co-ownership will build up a fund that will finance (in whole or in part) the necessary work.

The “contingency fund" concept is also based on the principle of equity between the successive co-owners of the immovable. It will not be only the co-owners on title during the work that will bear alone the cost, while the previous co-owners have benefited from the property without contributing.

The contingency fund is mandatory in all divided co-ownerships, the law does not provide for any exception. The obligation for a syndicate to set up a contingency fund constitutes an obligation of public order of direction, since it concerns the collective protection of co-owners, against a failing administration. It should also be noted that the sums accumulated there belong to the syndicate. These sums do not give rise to any refund by the syndicate to the co-owner, on the occasion of the sale of his private portion.

The duty of the Board of Directors

Responsibility of the members of the Board of Directors

Failure to establish a contingency fund, or even to establish a clearly insufficient fund or to use the accumulated sums for other purposes, would constitute a fault on the part of the directors. They could thus incur their civil liability as regards the syndicate and the co-owners. Recall that a director acts as mandatary of the syndicate and must comply with the obligations imposed on them by law and the constituting act of co-ownership and act within the limits of the powers conferred on them.

WHAT YOU SHOULD KNOW! A judgment condemning the syndicate to pay a sum of money may not be executed against the contingency fund, except for a debt arising from the repair of the immovable or the replacement of common portions.

WHAT TO KEEP IN MIND:  TTo avoid confusion between the amounts paid into the administration fund (general) (which is intended for current operations) and the self-insurance fund and those paid into the contingency fund, a separate bank account should be opened for each fund.

WARNING!​ The contingency fund of a co-ownership is very often insufficient, because of minimal co-owners contributions and / or its inappropriate use by directors, whether through ignorance or negligence. 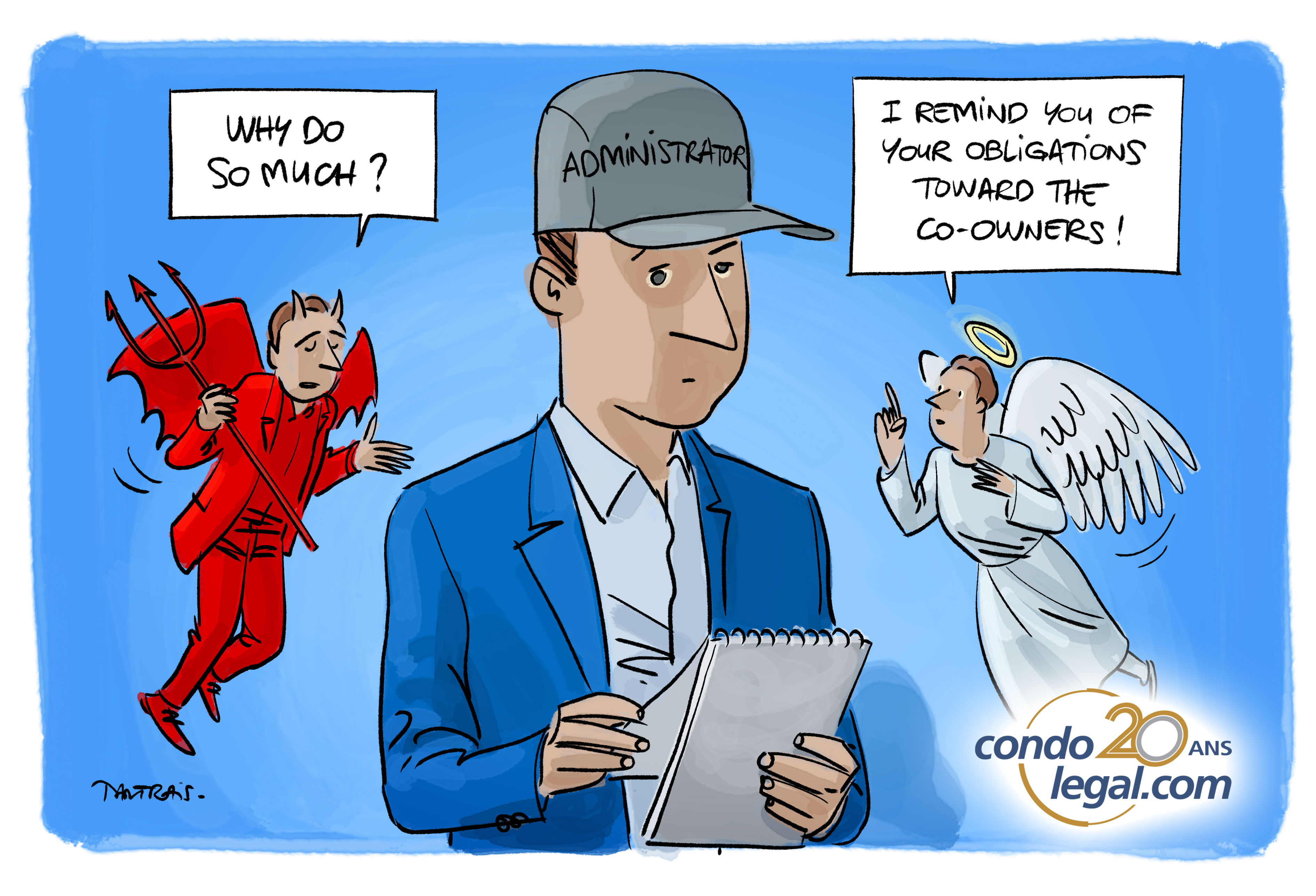 Duties and obligations of a syndicate of co-owners